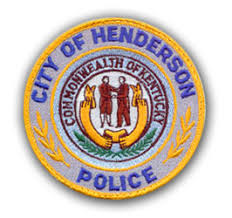 Henderson, Ky 3/19/21- The Henderson County Coroner’s Office has released the name of the person who died in Thursday nights traffic accident on Interstate 69. The Coroner’s office says Billy J Williams, 63 of Owensboro, KY, lost his life in the accident.

According to Detective John Nevels with the Henderson Police Department, the investigation into what caused Williams to lose control is still ongoing. The body was taken to Madisonville early Friday morning for an autopsy to be performed.

HPD Detectives say the vehicle struck a guardrail before coming to rest in the median. The wreck happened on the straightaway between the Kimsey Lane overpass and the Second Street exit shutting I69 (southbound) down for 4 hours Thursday night for detectives to investigate and to reconstruct the accident. Officers say Williams was transported to Deaconess Henderson Emergency Room where he was pronounced deceased.

The roadway was reopened just after 1AM Friday morning.