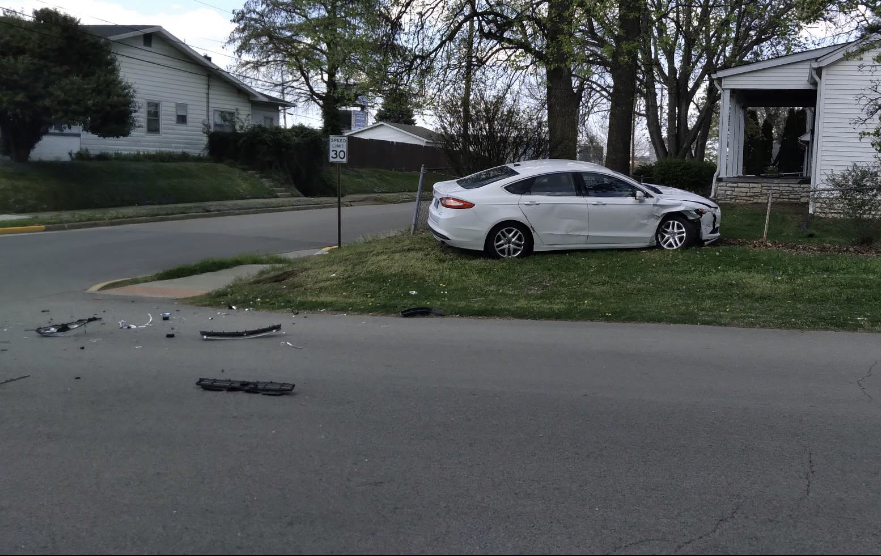 Deaconess Henderson EMS along with Henderson first responders were called to the accident with injuries after Grant Snowden of Utica, Ky ran a stop sign. Snowden told police he did not see the stop sign causing him to disregard it which resulted in the two cars colliding in the intersection.

The vehicle Payton Littlepage and Jayce Fenwick were riding in continued on into a yard striking a stop sign and a homeowner’s fence.

Fenwick was complaining of knee pain and transported to the hospital for the injuries.