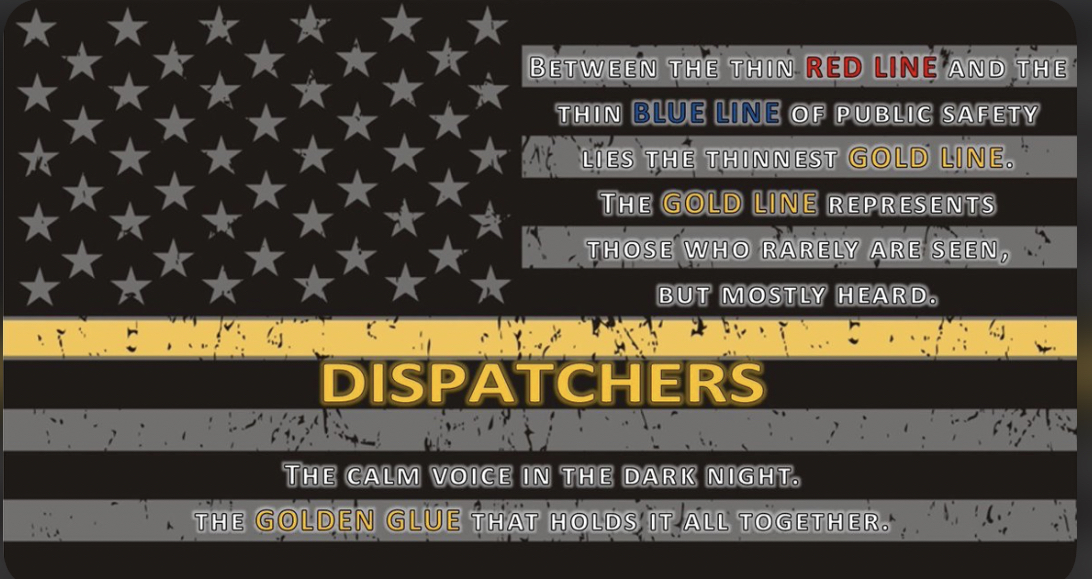 Henderson, Ky 4/11/21- National Public Safety Telecommunications Week is a week where communities across the U.S. recognize those who help save lives in times of personal or national crisis and this year NPSTW will be celebrated April 11-17, 2021.

National Public Safety Telecommunications Week was founded to honor the telecommunication personnel dedicating their lives to public safety. It was a local initiative that was initially set up in 1981 by Patricia Anderson of Contra Costa County, which later went on to become a nationwide, week-long event.

There’s quite an interesting backstory that marked the establishment of the week. According to a report by National Today, it goes something like this: Sheriff Rainey of the Contra Costa County wanted to treat all his administrative staff (then called secretaries) to lunch one afternoon, to show appreciation for their work, but did not realize that the administration’s lines should never go unanswered during business hours. At that time, it was a practice to forward all administration lines to dispatch after business hours, but the day Sheriff Rainy bought them lunch, the whole administration pushed their calls to dispatch at 11 am and recklessly left the building.

The dispatchers were shocked to receive a higher-than-usual volume of calls. The supervisor called the admin department to find out what the problem was, only to have the call routed back to him because all of them had gone out for a feast! Angered, the supervisor sent a dispatcher to the admin department to see what was going on, who came back to tell the supervisor that the entire building was vacant. Although the staff came back at 1 pm and disconnected the auto-forward feature, a long-time dispatcher, Patricia Anderson walked over to the administration side to give Sheriff Rainey an earful of what the dispatchers had gone through for two hours straight.

An hour later, on the same day, a sheepish Sheriff Rainey walked into the dispatch department with a giant cake decorated with the words “Happy Dispatcher Week,” launching an initiative that has now culminated into National Public Safety Telecommunications Week.

1981-Launch of a Week-Long Recognition of Dispatchers Motivated by a tiff between dispatchers and admin, Patricia Anderson and Sheriff Rainey establish the week-long event, now known as National Public Safety Telecommunications Week.

1991- NPSTW is Officially Declared Successfully proclaimed by Congress and signed by President Bill Clinton, National Public Safety Telecommunications Week is designated in the second week of April every year.

1994- Global Recognition NPSTW is formally and permanently recognized and celebrated during the second week of April.

HendersonWatch and all of its readers want to say THANK YOU to all of our 911 dispatchers at Henderson 911, KSP 911, and AMR 911 for all of your hard work and dedication to our community!

According to an article in “Business Insider,” emergency dispatchers scored 98.5 out of 100 in stress tolerance, making their profession one of the most stressful jobs in America. Dispatchers work numerous hours on many different shifts. Emergency dispatchers do not work from nine to five like most of us — they work while you sleep, they sleep if they can. They have the impossible task of helping emergency callers who are disoriented, panicked, and unable to think. They are underpaid although they work for 12+ hour shifts, seven days a week, despite serving in one of the most important emergency response roles. Always being involved in others’ crises, tragedies, and cases of life and death, dispatchers eventually suffer from critical incident stress syndrome (similar to PTSD) characterized by nightmares, severe anxiety, and inability to cope with stress in daily life. But most importantly, with all the stresses, panics, low pay, long hours, and anxiety, knowing they are the only qualified voice to give instructions, dispatchers would never hang up the phone or disconnect the line unless they know emergency callers have been taken care of by professionals.

Show your appreciation and Thank a dispatcher today!