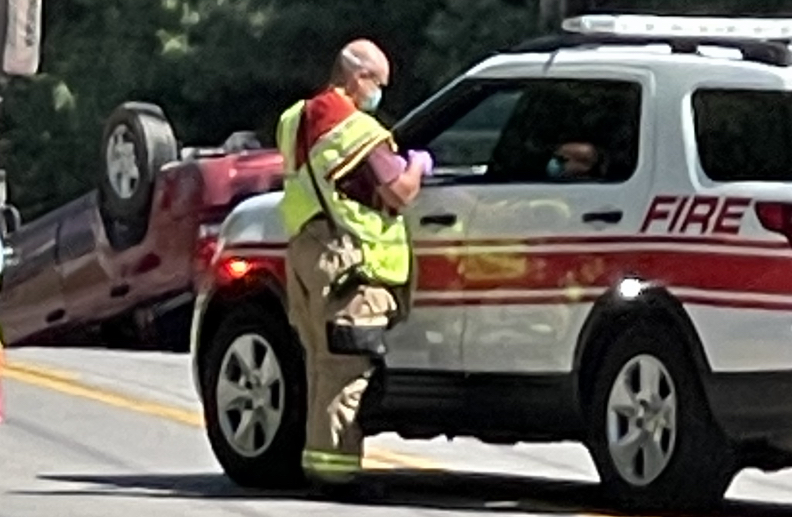 Henderson, Ky 4/30/21- Just before 3PM Friday afternoon emergency responders were called with the Henderson Police Department to the intersection of Madison and Mill Street in reference to a two vehicle accident with injuries.

According to HPD, prior to officers arrival on scene, witnesses say a male subject operating one of the motor vehicles involved in the accident fled the scene on foot. During the investigation, officers learned Emmanuel Prince (31) was
traveling west on Madison Street when he left his lane continuing into the eastbound lane striking another vehicle driven by Hayley Hains, 21 of Henderson. Hains was taken to Deaconess Henderson Hospital for treatment of minor injuries.

HPD says officers located Prince a short time later trying to get into another vehicle (not his) a few blocks away from the scene. Prince failed to obey officers commands and fled on foot a short distance before being apprehended. While
being apprehended, Prince resisted arrest and had to be tazed while being placed into custody.

Henderson Fire Department and Deaconess Henderson Ambulance Service assisted on the scene of the accident.