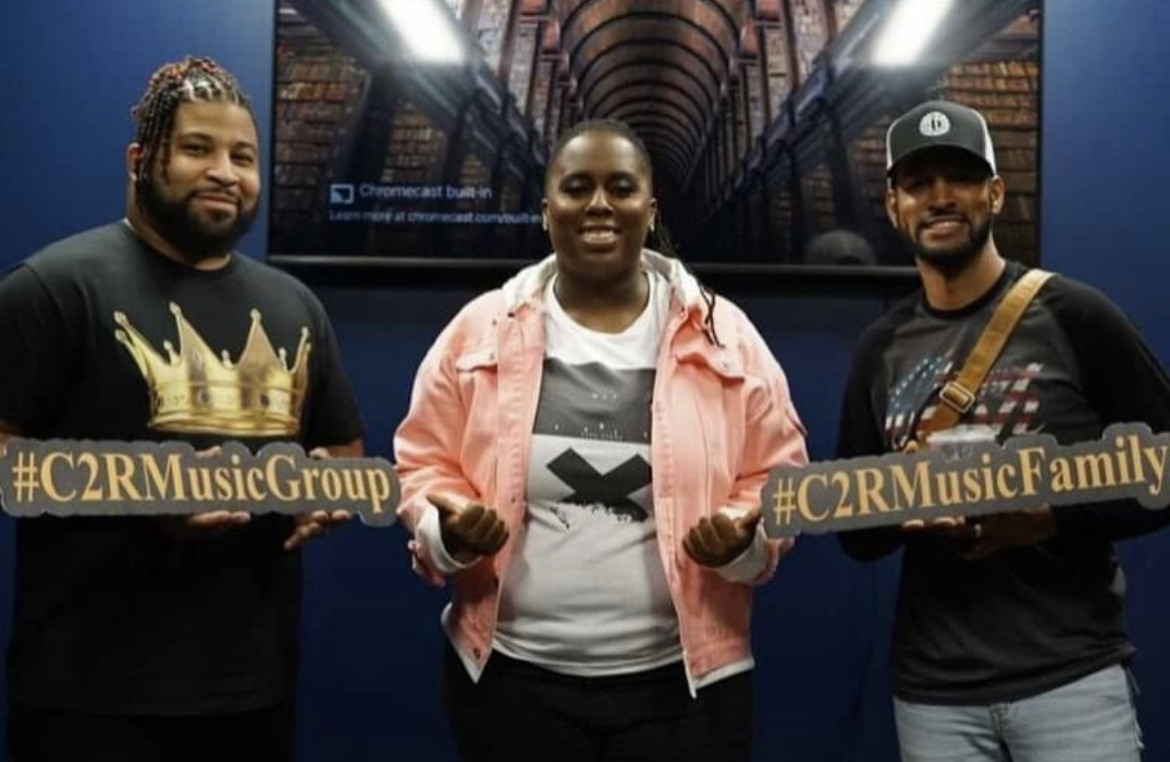 Last Friday, Timmy and his family met with C2R Music Group in Houston to officially sign a recording deal for him. The label, which represents a diverse selection of artists, reached out to Timmy and expressed their desire to represent him as a recording country artist. The label made it clear that changing who Timmy is (as an artist) is not what they are interested in, but instead, its who he is and the music he makes that spiked their interest to represent him. It was expressing their want and intentions for him that peaked Timmy’s interest in meeting with them.

Having maintained himself as a self published artist for so long, not willing to fit into a corporate created mold, sacrifice his beliefs or morals,  Timmy was hesitant to ever even entertain the thought of meeting with any label. C2R was sort of a “breath of fresh air” when they approached him because of those values and not in spite of them.

“I always wondered what this day would feel like and now I know and I wouldn’t have it any other way than with my family by my side.”

Timmy was born in Henderson and raised in the outskirts of the small City of Robards within Henderson County. He has lived in Henderson County his entire life. At the age of 10, Timmy first started singing and sang the Star-Spangled Banner to his mom and dad, Donna and Frank Wallace, who say “…it was amazing”. Timmy’s mother felt it then, that was when she realized he would grow up to sing.

“He won’t brag on himself because he is so humble” says Nichole Akins, Timmy’s cousin, “but in doing music he has maintained strong family values and managed to build his career, not around his family or inspite of them, but with them every step of the way. His success has been the family’s success because he makes it that way. Somehow, between his music and his business, Dunn Window Tinting, he never misses a family bonfire, dinner or event. He still even manages to go on dates with his wife Missy, which seems hard for some people. He is very generous with his limited extra time and is always available to even his extended family and always includes us all, not just his immediate family, in everything he does.”

Timmy, now 36 years old, is married to his wife Missy and has 3 children. His love for music was “a seed planted early on by his mom.” says Akins.

Timmy has always loved country music and always wanted to make music that his kids could listen to. His goal with music is to make a good name for himself as well as better the lives of his children and help them pursue any dreams they might have in the future. Timmys passion is taking care of his family and making their dreams come true and showing his kids that hard work and dedication can pay off. So far Timmy has released 3 singles and an extended play album titled, ‘It’s About Time”.

Back in August of 2020, Timmy recorded a music video in downtown Henderson at night, with an additional scene shot in Nashville the following day for his latest single, “Summer of Us,” which he released Sept. 25th of 2020. The song describes a summer when a guy meets a girl, though they ultimately break up. In 2019, his music video for  his single titled “In a Hurry”, Timmy shot all around Henderson County including scenes near and on the Twin Bridges, Palmer’s Market, the Robards water tower, and the old store in downtown Robards.

Timmy’s future plans, now that he has signed a recording deal, is to release some new songs he has been working on and he will be going to Louisiana to record those songs. Timmy combines authentic country storytelling with a modern musicality to bring to life not just amazing country songs, but a glimpse into the future of where his music is going.

Timmy’s next performance is coming up July 30th and 31st in Jeffersonville, Indiana at ‘Jeff Goes Country’ Music Festival. This will be a 2 day event featuring Chris Janson, famous song ‘Buy Me a Boat’, as well as several other country artists.

Timmy will also be performing at the Sandy Lee Watkins Song Writers Festival in Henderson this year.

“I’m excited to release the next single with them!” -Timmy Dunn

From all of us at HendersonWatch, Congratulations Timmy and best of luck with all of your future endeavors!

All of Timmy’s singles are available on platforms such as on iTunes, iHeartRadio, Spotify, Amazon Music, Pandora and Google Play.