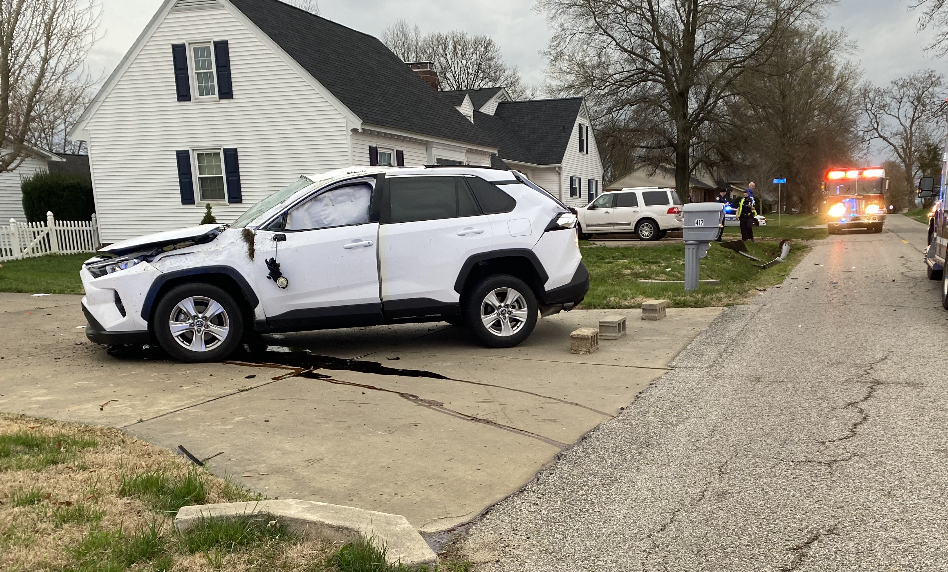 Henderson, KY 3/25/21- Henderson emergency responders were called to the 400 block of Larue Road, just past Heather Lane, this morning for a single vehicle rollover accident with injuries.

Just after 7AM this morning, the Henderson Police Department says Coleton Day, 19 of Henderson, was traveling North
on Larue Road when he struck a curb. Police say his vehicle then continued into the ditch and flipped twice before finally landing upright in a driveway.

Witnesses tell HendersonWatch that Day was able to exit the vehicle on his own. Day was transported to St. Vincent in Evansville for non-life threatening injuries.

HPD was assisted on scene by the Henderson Fire Department and Deaconess Henderson EMS.