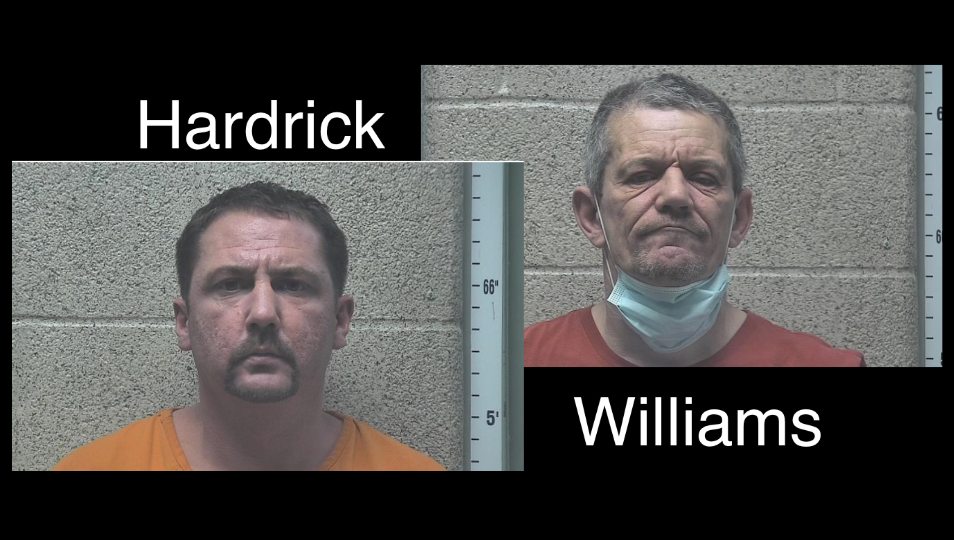 Just after 12:30PM, Henderson County Sheriff’s Deputies located John Williams, 53 of Henderson, on Commerce Court where he was arrested on several felony charges. Williams’ ‘Burglary’ charges stem from a burglary against one victim with the ‘Theft by Deception’ charges stemming from Williams selling the stolen property to pawnshops.

Williams was transported and lodged in the Henderson County Detention Center without incident where he is held on charges for:

Not long after the Williams arrest, around 2:30PM on Thursday, deputies with the Henderson County Sheriffs Office (HCSO) conducted a search warrant at the residence in the 600 block of Watson Lane in search of a 38-year-old Nicholas Hardrick.

Nicholas Hardrick was arrested and charged as part of the the burglary investigation. Hardrick was transported and lodged at the Henderson County Detention Center on charges for: