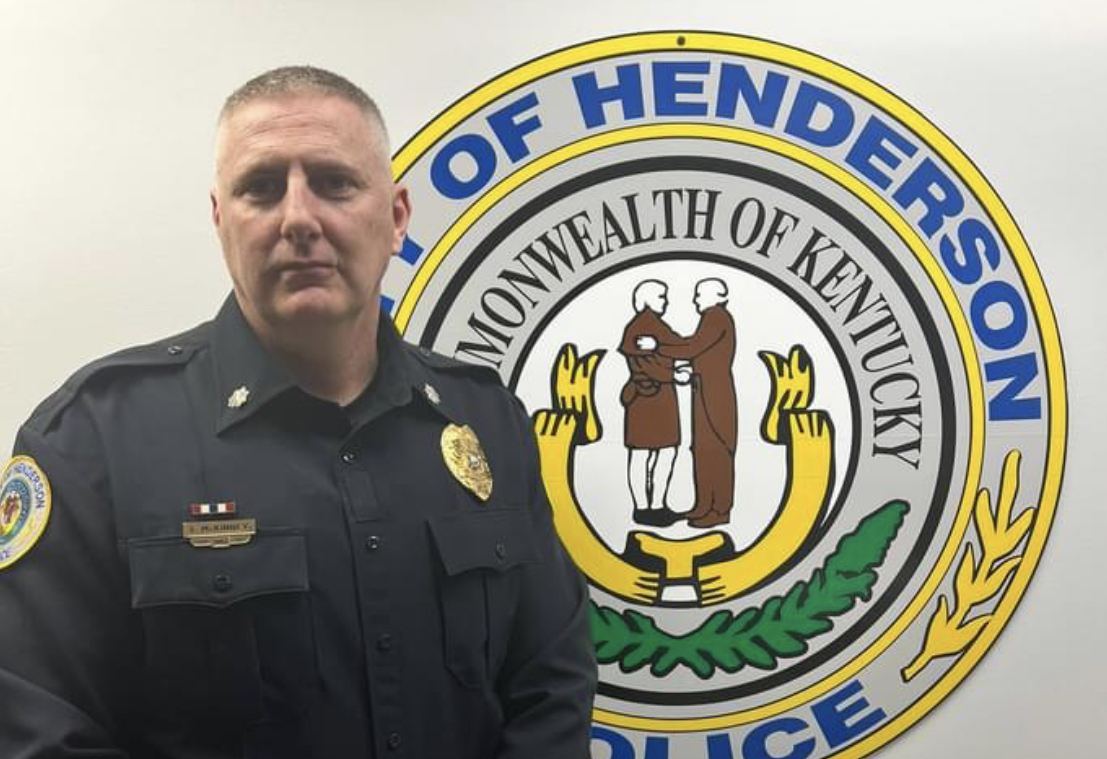 Henderson, Ky 3/9/22– The City of Henderson Board of Commissioners appointed Sean McKinney as the new Police Chief of Henderson at their regular meeting on Tuesday, March 8th.

Sean McKinney was named Acting Police Chief effective March 1st following the retirement of former Chief Heath Cox. McKinney retired in 2018 from the Kentucky State Police after 17 ½ years, and previously worked for HPD from November 1997 to January 2001. He served as deputy police chief under Cox from July 1, 2019, until Cox’s retirement.

With the Kentucky State Police, the Marion, Kentucky, native was commander over the Drug Enforcement Special Investigations unit that serves 63 counties in Western Kentucky and achieved the rank of captain. He also oversaw criminal cases throughout Western Kentucky. He is a U.S. Army veteran.

In another key item of business, the board passed a joint resolution with Henderson County Fiscal Court opposing House Bill 214 that is now moving through the General Assembly and would eliminate one of Henderson County’s district judge positions.

One Killed, One Transported from Rollover on the Audubon Parkway…
(details here)

Local governments are opposing it on the basis of growth that will occur with the Pratt Paper project and satellite operations, increased traffic enforcement when the next phase of I-69 that’s about to begin is complete and other things that already overburden the dockets of our courts. The new projects are predicted to generate additional caseload, and the resolution argues that the bill would impact citizens’ ability to get their legal situations resolved quickly.

The commission voted to oppose the pending state legislation because it would eliminate one of Kentucky District Court 51’s two judgeships. If passed, House Bill 214 would eliminate one position in favor of creating a new judgeship in another district. If one of the two spots were vacated between now and 2027, there would be no replacement, leaving the district with just one judge for all cases. District Court 51 is one of 60 court districts in Kentucky, and serves Henderson County.

The date for the next regular meeting of the Board of Commissioners is March 22nd at 3PM. It will take place in the third-floor Assembly Room of the Henderson Municipal Center. There is a Work Session planned for 3PM on March 15th.