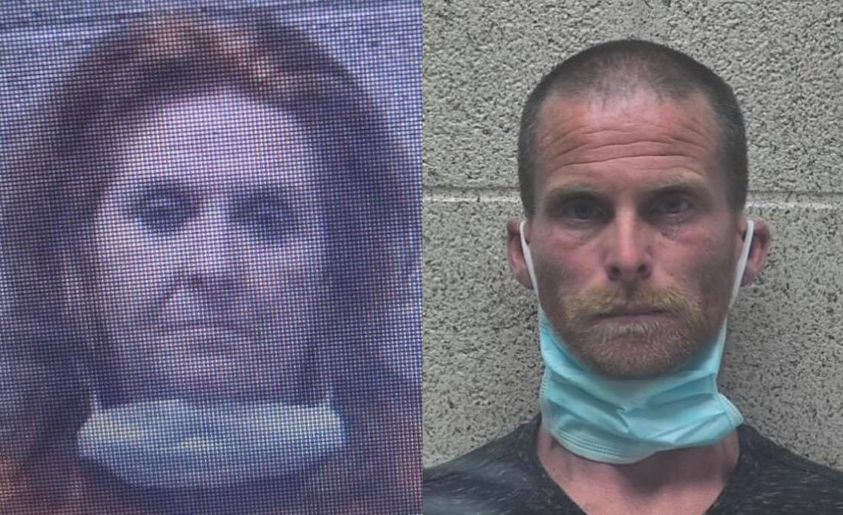 HENDERSON, Ky 12/04/2020– A Henderson woman sought on a drug trafficking warrant, from the Pennyrile Narcotics Task Force, is facing several new charges after being arrested.

According to the arrest report, on Friday evening Henderson County Sheriff Deputies attempted to serve the PNTF warrant on Kathleen M. Powell (aka Kathleen Veach) after locating her at the Dollar General on South Green Street. When Powell exited the store and got back in her truck, deputies approached the vehicle locating Powell with a male passenger later identified as Brian S. Cohran, 32 of Texas. Deputies say when Powell was asked to exit the vehicle she was also questioned as to whether there was anything illegal in her truck (drug or weapon). Powell advised deputies “there may be a drug pipe in my purse”. Detectives searched Powell’s Dodge pickup and located a glass meth pipe and plastic baggies. The pipe, covered with a white residue, tested positive for methamphetamine.

Detectives then begin to interview the male passenger, acting very suspicious towards deputies, first identifying himself as ‘Brent’ Cohran and gave his birthdate as 06-16-1990. When deputies ran that name and birthdate through Henderson E911 Dispatch, they were advised that the named subject had full extradition warrants on him. After previously being warned about giving false information to an officer, Cohran finally gave his correct name and date of birth. Deputies then observe Cohran trying to stuff something down beside the seat. Cohran was then asked to exit the vehicle. Detectives were able to recover another glass meth pipe in the back floor board (in plain view) and a small butane torch in the front passenger floor board where he was sitting.

As a result from this arrest and search, Powell was additionally charged for:- POSSESSION OF CONTROLLED SUBSTANCE 1ST. METH.- POSSESSION OF DRUG PARAPHERNALIA.

Henderson Sheriff Deputies also arrested Brian S. Cohran of Willis, Texas for:- THEFT OF IDENTITY OF ANOTHER W/O CONSENT.- POSSESSION OF DRUG PARAPHERNALIA

Powell and Cohran were arrested and transported to the Henderson County Detention Center where they were lodged without a bond.