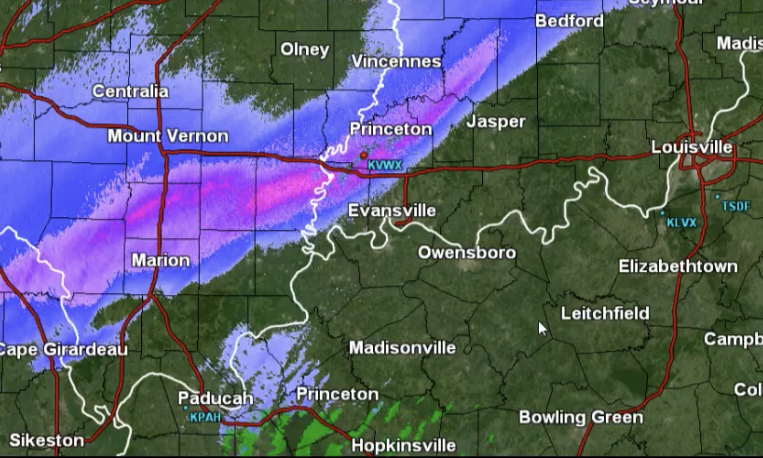 Frankfort, KY 3/11/22– Kentucky Transportation Cabinet (KYTC) crews are prepared for the upcoming winter weather event but advise motorists to limit non-essential travel during the storm that is expected to create slick conditions tonight and Saturday morning, particularly in eastern Kentucky. Heavy accumulating snow is expected east of Interstate 65 after the evening commute and snowfall rates of one to two inches per hour are likely to keep roads covered after plows pass through.

“Tonight’s abrupt shift from warm weather to bitter cold demonstrates just how unpredictable weather can be,” said Governor Andy Beshear. “Pay attention to weather forecasts this weekend, limit travel if you can and drive with caution.”

“Our crews are on high-alert to respond to the impacts of this storm and are pre-treating routes where weather conditions allow,” KYTC Secretary Jim Gray said. “Slushy and snow-covered pavement conditions are expected across much of the state. Avoid any unnecessary travel and give our crews plenty of room on the road.”

KYTC crews and contractors have restocked materials and began pretreating routes in some parts of the state yesterday. Crews will continue to monitor conditions and respond. The forecast calls for light rain ahead of the snow which may impact the effectiveness of brine applied in some areas ahead of the event. With single-digit wind chills and temps in the teens expected Saturday morning, the potential for slick spots is high.

Despite recent warm temperatures, pavement temps could reach freezing temperatures a few hours after snowfall begins. Bridges and overpasses are likely to freeze before roadways do. While the threat of ice is not expected with this storm, the National Weather Service at Louisville predicts difficult travel conditions are likely for I-75 and portions of I-64 with single digit temps Saturday morning. In addition to snow, wind gusts of up to 15-25 miles per hour and single digit wind chills Saturday.

“Whether it’s sunny or snowing, we always advise drivers to make sure they have an emergency kit in their vehicles in the event they are stranded due to traffic incidents,” said Secretary Gray. “Depending on the severity of a crash, untangling traffic queues can take hours because of challenges getting tow trucks, emergency vehicles and plows to the scene of the crash while lanes are blocked.”

For those who must travel, be mindful of changing road conditions – remember that snow will pile up between snowplow passes – and reduce driving speeds. Wind gusts may reduce visibility due to blowing snow. Monitor traffic conditions at GoKY.ky.gov  or use Waze.

Heavy snow always carries the potential for downed trees. KYTC crews will respond with chainsaws when and where possible, but debris removal could impact snow removal efforts.