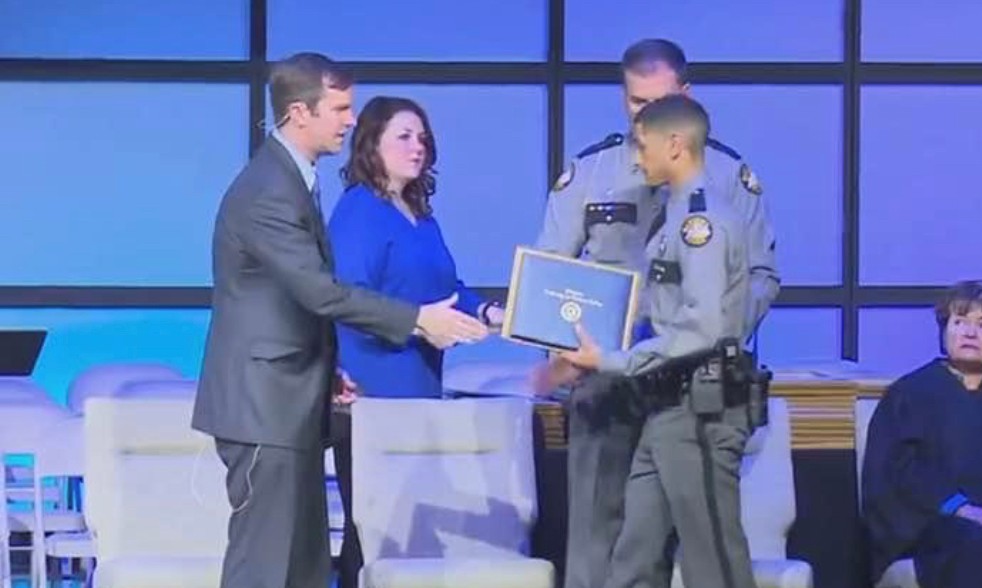 Henderson, Ky. 3/27/22— With the news release of the agencies largest graduating class since 2014, the Kentucky State Police (KSP) announced that 71 cadets from the Cadet Class 101 have graduated the agency’s basic training academy and are now ready to report for duty across the commonwealth with a focus on creating a better and safer Kentucky. Of those, three new troopers have been assigned to Post 16 Henderson!

Cadets reported to the KSP training academy on Oct. 3rd of last year to embark upon 24-weeks of intense training to learn the job skills necessary to perform the duties of a state trooper to one day wear the badge of honor as they protect and serve all who live and visit Kentucky’s 120 counties.

“These new troopers are beginning a rewarding career with a great agency and it will be an honor to serve as their commander.”

KSP Commissioner, Phillip Burnett Jr. said Cadet Class 101 should be proud of the work they accomplished at the KSP Training Academy, but to remember the real journey begins tomorrow.

“Tomorrow is symbolic in many ways. You will start your first day as a Kentucky State Trooper. Each of you will take this independent journey with humility, passion and a thirst to be better each day. Your success rests upon your shoulders and what you have learned while at the academy.”

Upon graduation, new troopers have the opportunity to choose a post close to their home with KSP’s “Pick Three” program.

Along with the graduation, twenty-five cadets earned their Associate’s Degrees in General Occupational and Technical Studies from the Bluegrass Community and Technical College during their 24-weeks at the training academy. These cadets benefited from new hiring guidelines established by state legislature in 2017. The Post 16 trooper receiving their associate’s degree is Lucas Atherton, Beaver Dam, Ky. Through this revision, anyone who possesses a high school diploma or GED, and has three years of full-time work experience can apply for employment as a KSP Trooper and earn an associate’s degree during the training process.

For more information about career opportunities with KSP visit the website.