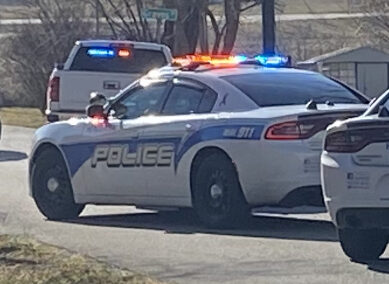 Henderson KY 3/19/21- Just before 5:30PM Friday the Henderson Police Department responded to the 200 Block of Hicks Street for the report of a disturbance in progress. When officers arrived on scene, they were told of two male individuals that had gotten into an argument. They were also told one man pointed a handgun at the other.

Before officers arrived on scene, the man had already left the scene.

Henderson, KY 3/20/21- The Henderson Police Department was called to the Economy Inn on Saturday for the report of a suspect in a robbery investigation returning to the property.

When officers arrived on scene, they identified the suspect as Nathan Nguyen. Nguyen is the alleged suspect in a robbery at the Economy Inn as well as being suspected in a burglary that occurred at Metro PCS. HPD says Nguyen also had a parole violation warrant.

While in custody, Nguyen attempted to escape custody on foot but failed to elude officers. After a search, officers found a substantial amount of synthetic drugs he was hiding on himself. Nguyen was arrested for multiple felony and
misdemeanor offenses.