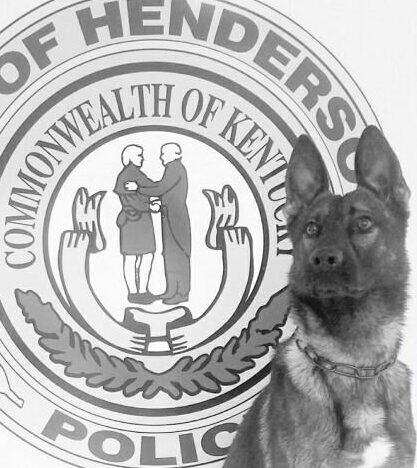 Henderson KY 2/8/21– Henderson Police Officers served a felony warrant in the 800 block of Clay Street on Glenda Cunningham, 50 of Henderson.

According to the report, Cunningham was located inside of the residence and was taken into custody without incident. Cunningham’s charges originating from the warrant were possession of handgun by convicted felon, multiple trafficking in narcotics offenses, drug paraphernalia, and persistent felony offender.

After initiating a traffic stop, Officers on scene were told by dispatch that the 2004 Chevy Monte Carlo with Illinois Plate had been reported stolen out of Marshall County, Kentucky.

While officers were speaking to Stout regarding the stolen vehicle, officers deployed their K-9 officer Kari. Kari alerted other officers of the presence of narcotics. Officers located two baggies containing marijuana.

Stout was arrested and transported to Henderson County Detention Center for the following charges:

Henderson, KY 2/13/21– Henderson Police Officers received an “attempt to locate” for a vehicle Saturday said to be a possible reckless driver coming into Henderson from Evansville. HPD Officers observed that vehicle traveling at a high rate of speed on US 41 North, traveling Southbound into Henderson. Officers later confirmed the vehicle’s speed was 108 MPH.

According to the release, officers were able to catch up to and locate the vehicle approximately 1/2 of a mile from the Zion exit. When officers arrived at the vehicle, a female had already exited the vehicle and was beginning to walk down the highway.

Perkins was taken into custody without further incident and lodged at the Henderson County Detention Center. Perkins was held on a $500 full-cash bond and charged with the following charges:

Henderson, KY 2/15/21– Henderson Police were called to the 300 block of Hancock Street on Monday to take a report on a vehicle break-in. The victim had over $500 in items taken from her car overnight.