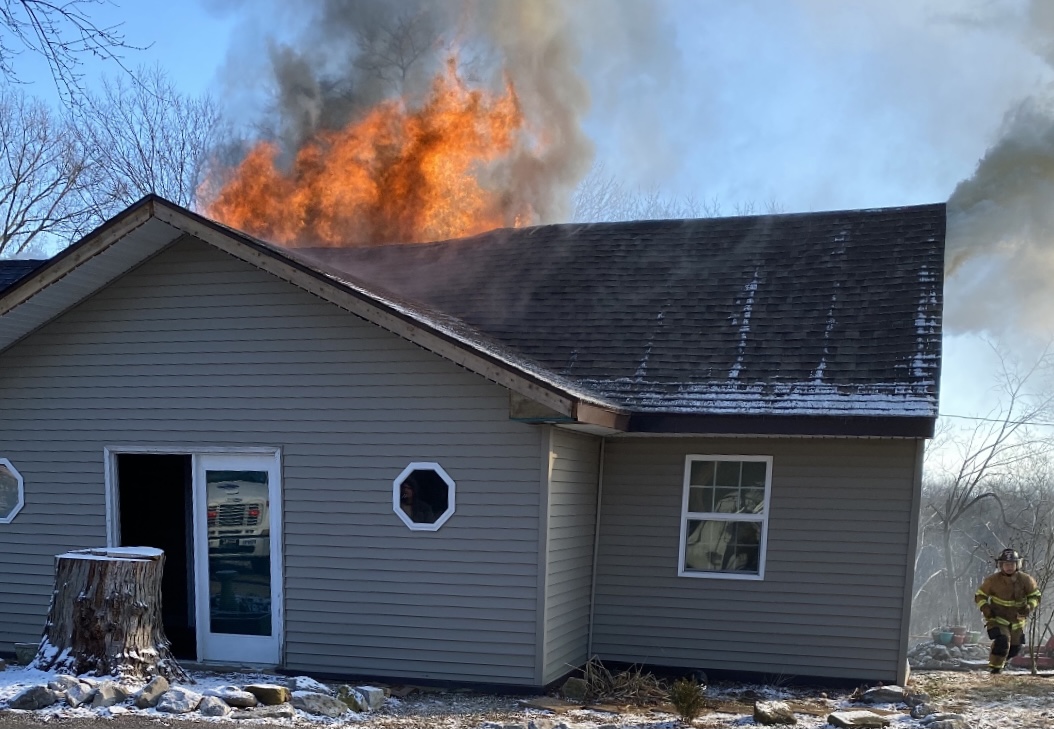 Spottsville, Ky 01/28/21– Henderson County fire departments were dispatched to a home on fire this morning just before 9am. Spottsville Fire Chief Nick Risley says heavy black smoke was coming from the eves of the home when he arrived on scene in the 6800 block of Old Henderson-Spottsville Road.

Firefighters from Baskett, Reed, Zion, Niagara, Robards and Cairo Volunteer Fire Departments responded to assist Spottsville in battling the blaze. Shortly after arriving on scene, Chief Risley says the flames shot through the roof on the rear of the home allowing the fire to grow rapidly.

According to officials there were 2 adults home at the time of the fire who told firefighters they heard something in the attic but were unsure what caused the fire to begin. Henderson County Fire Investigators were on scene examining the damage once firefighters had the fire contained. Investigators say they are leaning towards electrical as a cause but say it is undetermined and still under investigation at this time.

Chief Risley says they were able to remove some valuables from the home but this fire was mostly a total loss but says no injuries resulted from todays fire. Firefighters were on scene today for more than 5 hours to ensure the fire was completely extinguished.