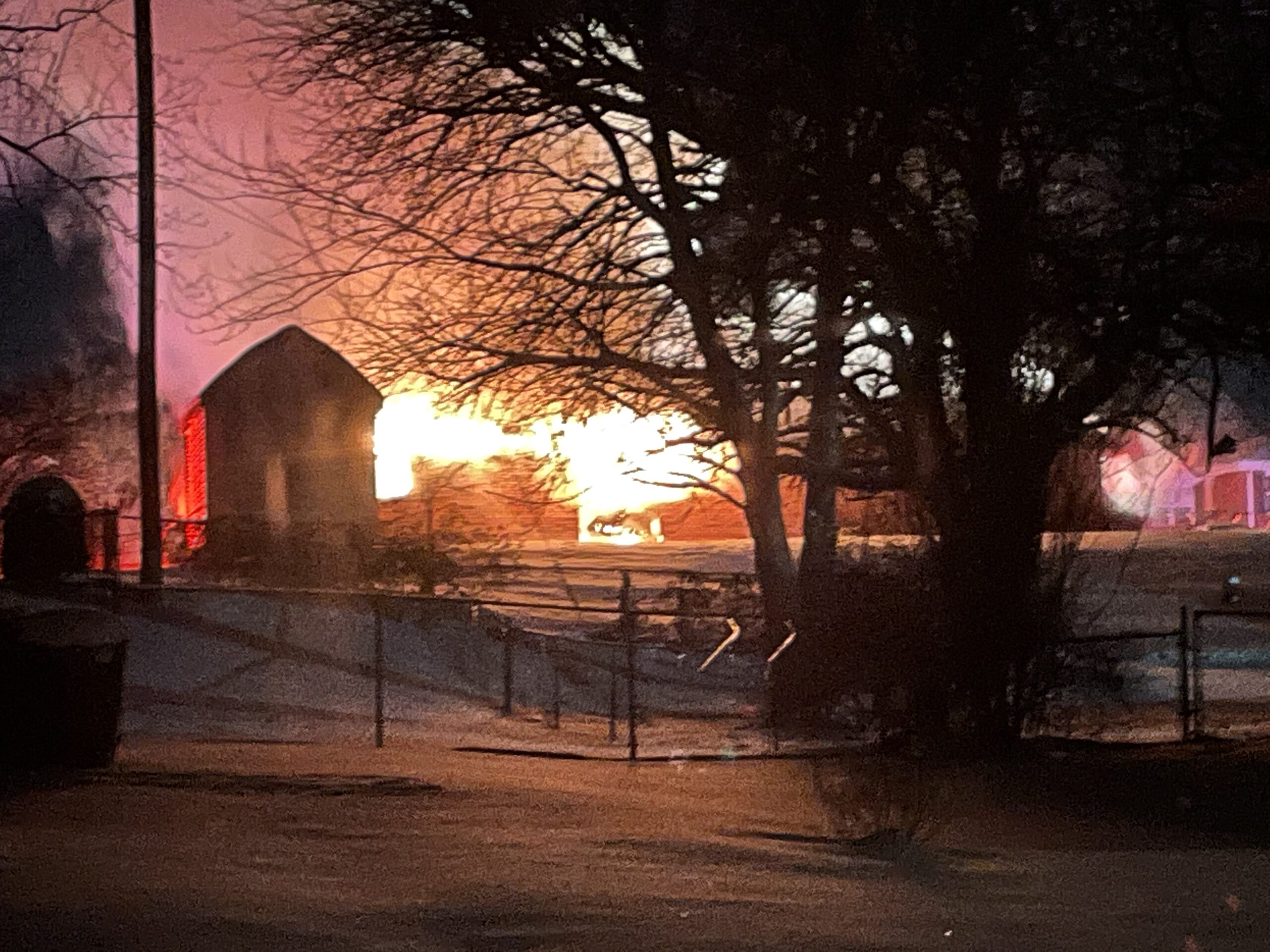 Henderson, Ky 2/19/21- The Henderson Fire Department says at 3:45 AM this morning, they were dispatched to a structure fire on Trail Drive with fire coming out of the garage. According to their social media page, they were told that neighbors noticed fire coming from the garage and ‘were banging on the door’ to awaken the occupants and called 9-1-1. However, there was no one home at the time of the fire. The post says that due to the time of day, no one being home, and most neighbors presumably being asleep, the fire was well-advanced and had moved into the attic prior to our notification of the fire.

Engine 3’s crew arrived on scene shortly after being dispatched and quickly began putting water (from the Engine’s onboard water tank) onto the fire from the exterior of the house. The first hydrant we were going to use to establish our water supply was frozen and could not be freed. Crews moved on to a second hydrant further down the street and, after some slight difficulty with that hydrant, established a water supply.  Then, a short time later, someone ran over that supply line, dragging it and severing it from the hose’s coupling and possibly damaging the hydrant itself.  The Incident Commander then requested a Water Tender truck from Zion Volunteer Fire Department to come to the scene in case we had any more issues with water supply. In the mean time, a new section of supply hose was swapped out for the severed hose and a supply was re-established.

Fire Officials say the fire was extinguished sometime after the water supply issues, but not before it had damaged the roof structure to the point of partial collapse. HFD also says that there were no injuries reported.

We want to say a special thank you to the Zion Fire Department who responded quickly with their truck and personnel to assist us this morning. We also want to thank Deaconess EMS and the Henderson Police Department who also responded to this scene.

Henderson, KY 2/19/21- Henderson Fire Department was called out just before 4 AM this morning to a fully engulfed house fire in the 900 block of trail drive. As firefighters arrived on scene, flames could be seen shooting through the roof. Not only were firefighters fighting the fire this morning, they were also fighting the frigidly cold temperatures, ice and snow. When responders were called out it was a bitter 14 degrees causing slick condition on the roadway around the fire trucks.

When firefighters first arrived on scene they attempted to hook to a fire hydrant directly in front of the home, but officials say the hydrant was frozen and would not open. Firefighters quickly hooked to another hydrant down the road, but not long after, a car drove over the water supply line busting the seals on the line. While firefighters worked to switch out the hoses command requested a tanker truck from the Zion Volunteer Fire Department. Members of Zion quickly responded to assist HFD with water supply.

Fire Officials say no one was home at the time of the fire and no on was injured. Firefighters with HFD and Zion were still on scene this morning at 6:30 AM but have the fire under control. The cause of the fire is still under investigation at this time.

DO NOT EVER DRIVE YOUR VEHICLE OVER A FIRE HOSE UNDER ANY CIRCUMSTANCE! IT’S THE LAW!