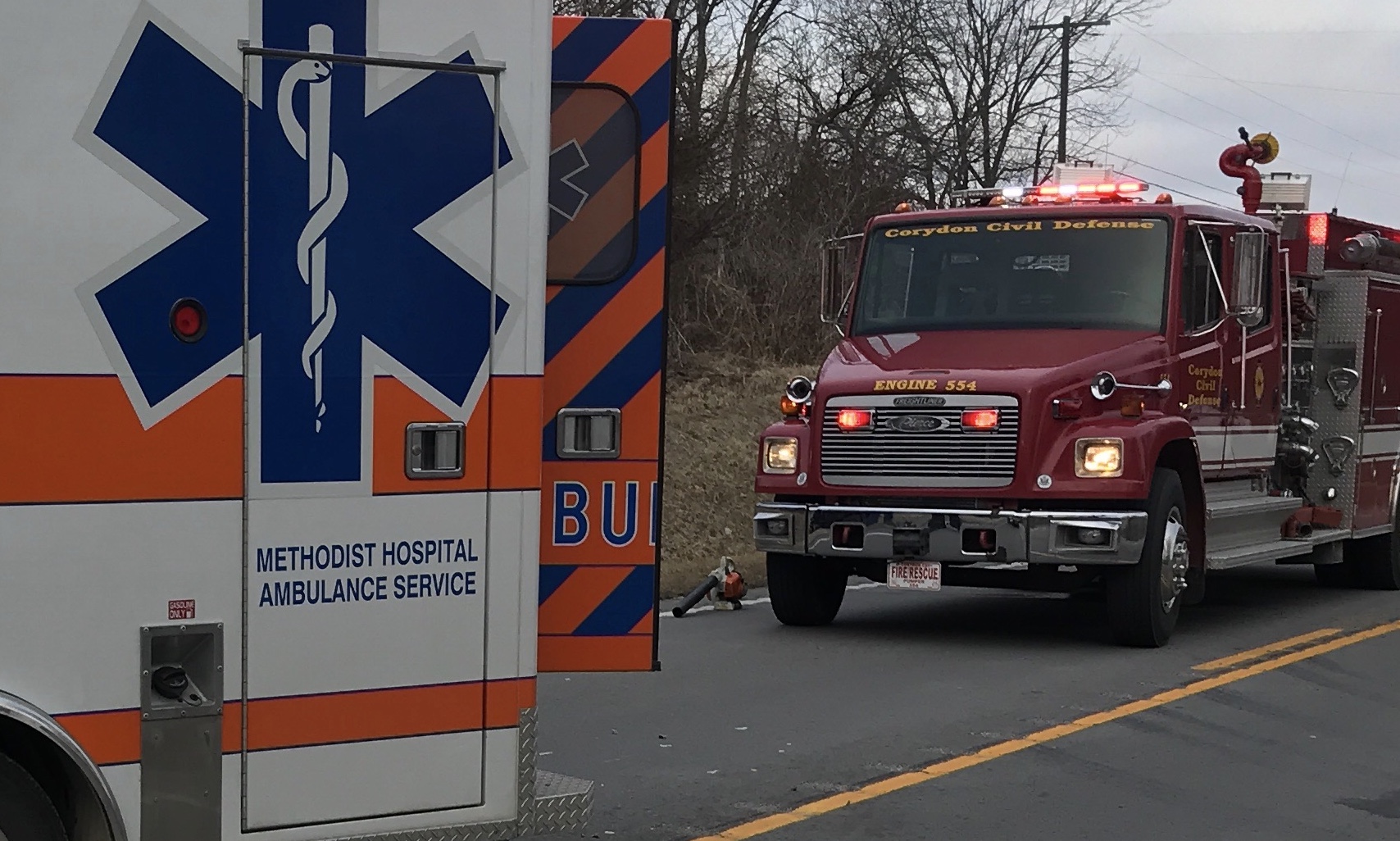 Corydon, KY 4/2/21- Emergency responders were called to the 8700 block of B.F. Overfield Road for a two vehicle head-on collision with multiple injuries. Corydon Civil Defense, with the assistance of the Henderson City/ County Rescue Squad and Deaconess Henderson EMS, was called to the scene just before noon today with initial reports saying one person was trapped inside one of the vehicles.

According to the Henderson Sheriffs Department, James E. Dixon Jr. was operating a 2007 Ford Focus and Velma Gibson (77) operating a 2016 Toyota Rav 4. Deputy Chris Keller says that Gibson and witnesses stated she was eastbound on B.F. Overfield Road, going up a hill, while Dixon was traveling westbound and topped the hill on her side of the roadway striking her head-on.

After impact, both vehicles came to rest partially on the roadway. Gibson and her sister Wanda Gibson (82) were taken to the Deaconess Henderson Campus by ambulance with injures. Dixon was trapped inside his vehicle and had to be extricated by Corydon firefighters. After a rapid extrication, firefighters freed Dixon and was loaded straight into the AirEvac helicopter and flown to Deaconess Mid-town in Evansville with multiple injuries.

Both females in the SUV were wearing seatbelts but Dixon, however, was not wearing a seatbelt. Airbags in both vehicles did deploy.