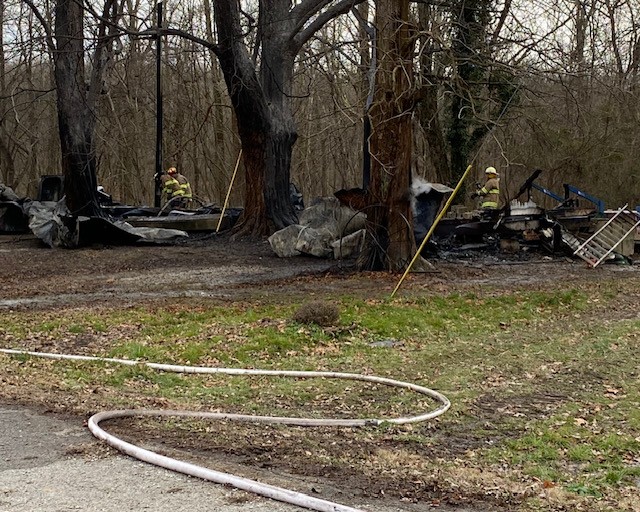 Hebbardsville, Ky 1/15/21– Emergency crews responded to assist Hebbardsville Fire Department earlier today on a structure fire. Crews from Zion, Spottsville, Niagara and the Henderson City-County Rescue Squad were dispatched with Hebbardsville to the scene around 1:30 this afternoon in the 20,000 block of Highway 416 near the Green River.

Officials on scene say the unoccupied home was fully involved in fire when they arrived on scene and began to extinguish the flames. The home was a total loss with nothing but a pile of rubble left smoldering while crews continued to hit hot spots. According to investigators, the cause of the fire is undetermined at this time.