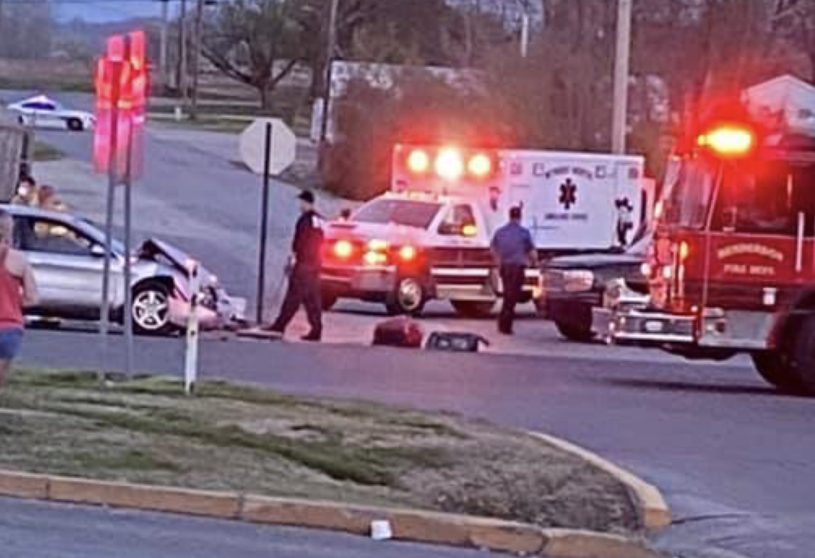 Henderson, KY 4/6/21- Emergency crews were called to the intersection of 14th and N. Green St just after 7PM Tuesday night for a two vehicle accident with injuries.

When Henderson Police and Fire Department arrived on scene, they quickly discovered they had four patients needing transport. Two ambulances from Deaconess Henderson EMS responded to the accident.

Police say a black GMC Yukon driven by Donald Lester, 86 of Henderson, had turned left, pulling out in front of oncoming traffic from N. Green St. towards 14th St. The GMC was struck by an oncoming silver Ford Taurus driven by Karletta Joyner, 44 of Henderson. Joyner and passenger Stephanie Reeder, 38 of Henderson, were traveling northbound on N. Green. St.

Joyner and Reeder were both transported by EMS to Deaconess Henderson ER for their injuries. According to the release from police, Joyner suffered a laceration to her head and Reeder complained of leg pains on scene.

Lester and his passenger, Shirley Lester, were also transported to Deaconess Henderson ER for their injuries. Lester was said to be complaining of chest pains while Shirley complained of neck pain.