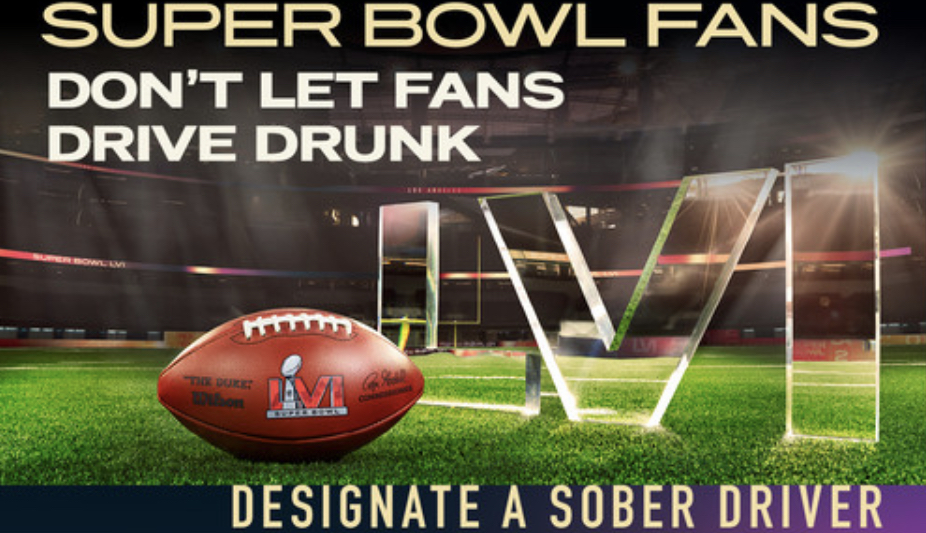 FRANKFORT, Ky.  (Feb. 10, 2022) – Football fans across the country are gearing up for America’s most-watched sporting event, Super Bowl LVI, on Sunday, Feb. 13th. While celebrations may look different this year, the dangers of drunken driving remain the same.

“We want everyone to have a good time watching and celebrating the Super Bowl, but we can’t afford to let our guard down,” said Gov. Andy Beshear. “Keep yourself and others safe by getting vaccinated for COVID-19, masking up if you’re indoors with people outside of your household and planning a sober ride home if you plan to drink. Together, we can avoid preventable tragedies on Kentucky roads.”

“Drunken driving crashes are 100 percent preventable,” said KYTC Secretary Jim Gray. “Drivers must understand that drugs and/or alcohol not only hinder your ability to drive but also affect your judgment about whether you can or should drive. You may think you’re fine, but impairment slows judgment, coordination and reaction times.”

According to KYTC, preliminary numbers indicate 116 people in Kentucky were killed in crashes that involved a drunken driver in 2021.

“These are not just numbers,” said Secretary Gray.  “These are people – mothers, daughters, sons, fathers – who never made it home to their loved ones due to someone’s choice to drink and drive.  Any number above zero is unacceptable.”

To prevent impaired driving-related crashes, the KOHS recommends the following:

“Our ask is simple,” said Secretary Gray. “Make safe choices each and every time you get behind the wheel.”.