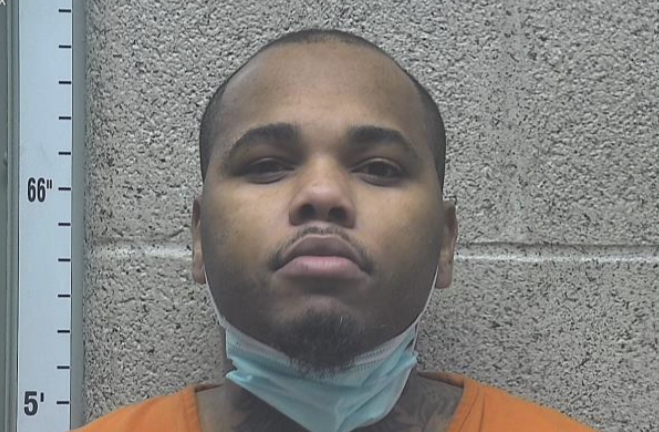 Henderson, KY 12/08/21- Just after 11PM Saturday night, emergency crews were called to the Henderson County Detention Center for the report of a possible overdose inside the jail.

HPD: Man Attempts to Run Over Another with his car..
(click here)

The arrest resulted from the joint investigation with Detention Center Investigators and PNTF. After the Saturday night drug overdose, Detectives were able to locate several items that were used to ingest the drug, which tested positive for Fentanyl.

During the investigation, detectives were able to determine that Outlaw had the suspected Fentanyl hidden on his body and was able to bring it into the facility. Once inside the detention center, Outlaw provided the drug to the overdose victim as well as ingesting some himself.

According to detectives, Outlaw and the other inmate both ingested the drug and then went to their beds and laid down. Within seven minutes the overdose victim’s body went limp and collapsed. After a detention center guard located the victim, the medical staff was called and the victim was quickly given Narcan and then transported to a medical facility by Deaconess Henderson EMS where the victim still remains.

Detectives determined, through the reviewing of videos and conducting a cell search, that Outlaw had attempted to hide items used to prepare/ ingest the drugs.

Detectives say Outlaw was uncooperative with Detectives and Investigators during the investigation. Outlaw was currently incarcerated in the detention center on other charges at the time of the incident.

This investigation is said to be on-going with other charges and arrests forthcoming. HendersonWatch will bring you the latest as it becomes available.