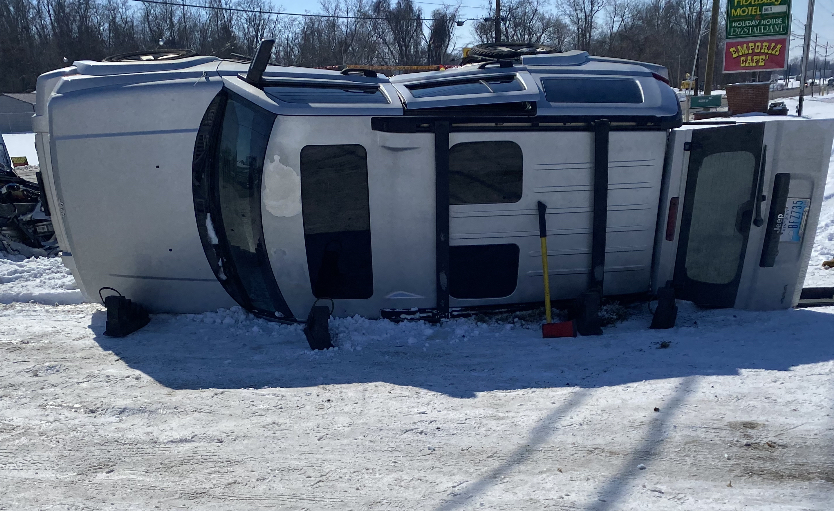 Henderson, KY 2/19/21- Emergency responders were called around 11:30 this morning to the 1700 block of S Green Street for a two-vehicle accident with injuries.

Henderson Police Department reports that Jeremy Fulkerson, 32 of Henderson, had his vehicle pointed northbound on Green St in front of the Holiday Motel. As Fulkerson attempted to make a left turn into the Holiday Motel, police say he did not see another vehicle traveling southbound on Green Street. Shona Stone, 37 of Henderson, was driving the other vehicle southbound and was unable to avoid Fulkerson as he was turning. Stone’s vehicle struck the passenger side of Fulkerson’s vehicle causing it to roll up on its drivers side.

According to the report, Fulkerson was treated on scene by Deaconess EMS but Stone was transported to Deaconess ER Henderson for non-life threatening injuries.