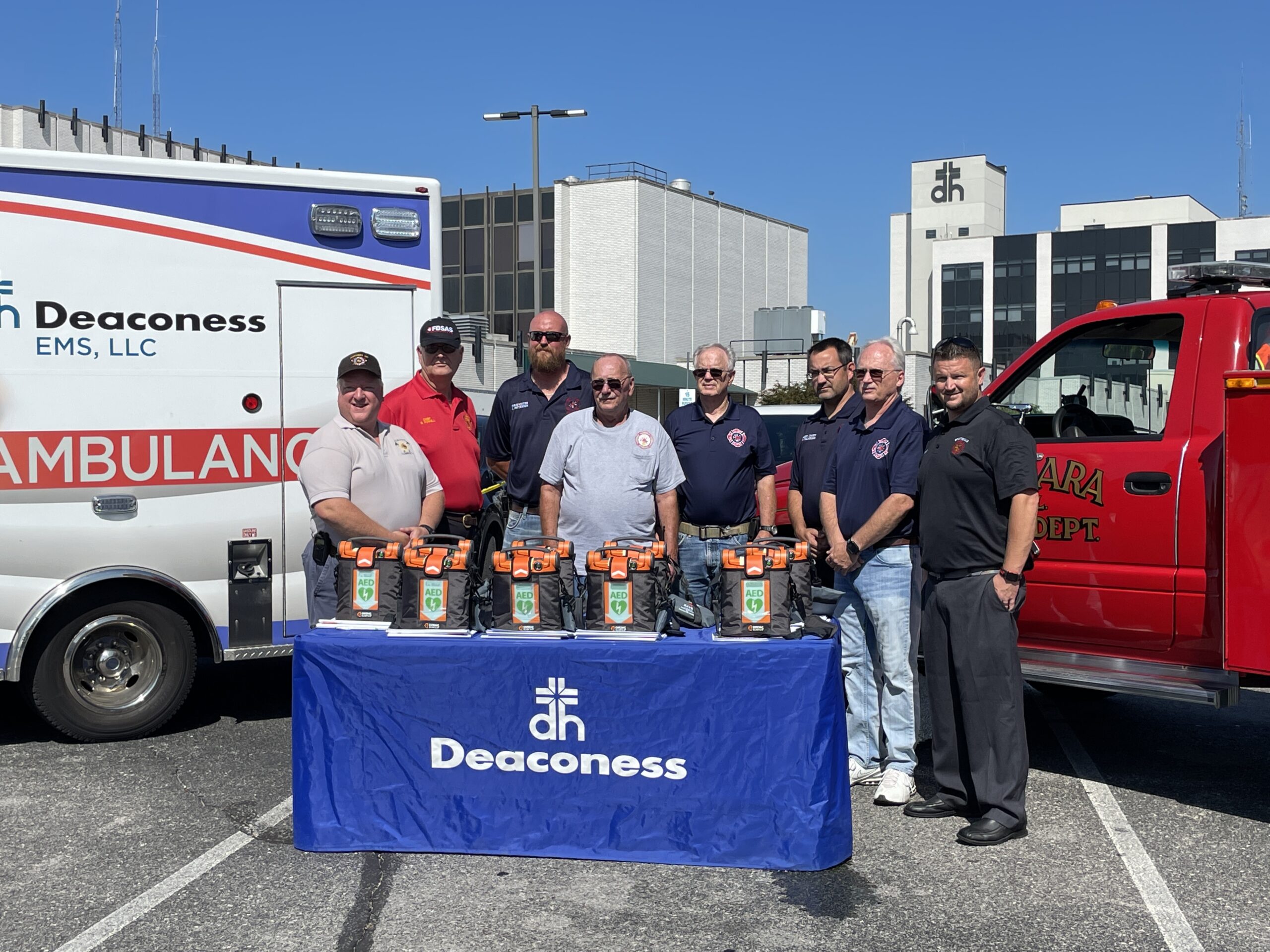 “With these Automatic External Defibrillators we can help them [volunteer medical responders] save the lives of Kentuckians who experience sudden cardiac arrest. Sudden cardiac arrest is fatal if the appropriate steps are not taken immediately. Each year more than 356,000 cardiac arrests occur outside of a hospital in the United States. Approximately a thousand a day, making it the leading cause of death.”

“These gifts help our volunteer fire departments to be better equipped to save lives in Henderson County and around the region,” says Henderson County Judge Executive Brad Schneider, “every bit of help like this makes the lives of our volunteer responders much easier. These volunteers have full time jobs and have lives outside of the volunteer fire service and they don’t get paid a dime, but the moment the emergency bells ring, they rush to help their fellow citizen.”

“We [the volunteer fire departments] represent our communities and anytime that we can get anything to help our communities, we are so proud of that.”

Deaconess representatives thanked the volunteer departments for their service to their communities and the dedication to always increasing their skills and training to help save lives in their communities.