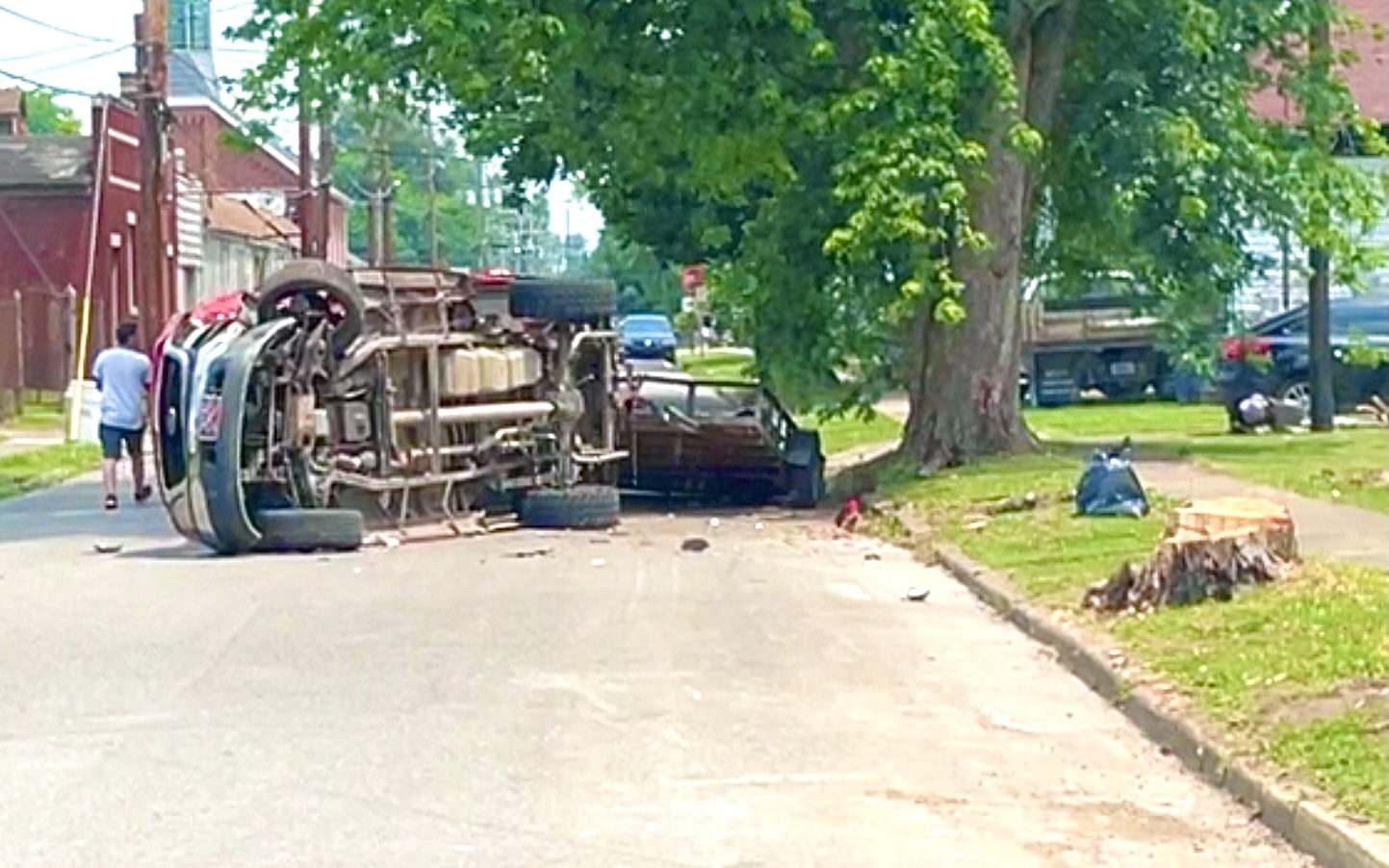 Henderson, KY 6/24/21- Emergency responders were called to the intersection of Center and Ingram Street on Thursday for a vehicle rollover accident with possible injuries. When the Henderson Fire Department and the Deaconess Henderson Ambulance arrived on scene, they located a truck rolled over on its side, but no one was in it.

The accident happened just after noon when witnesses told police the truck struck a large tree and overturned and then the driver ran from the wreckage on foot. According to the Henderson Police, the driver has been identified as William J. Brandsasse, 38 of Henderson. Investigating officers say Brandsasse was located walking in an alley just a few blocks away. The pickup involved in the roller had previously been reported stolen.

Brandsasse was arrested and charged for:

According to the Kentucky Department of Corrections, Brandsasse was just released on shock probation June 3rd stemming from possession charges (meth) which he received in a December 2020 arrest.

Brandsasse was transported and lodged at the Henderson County Detention Center.