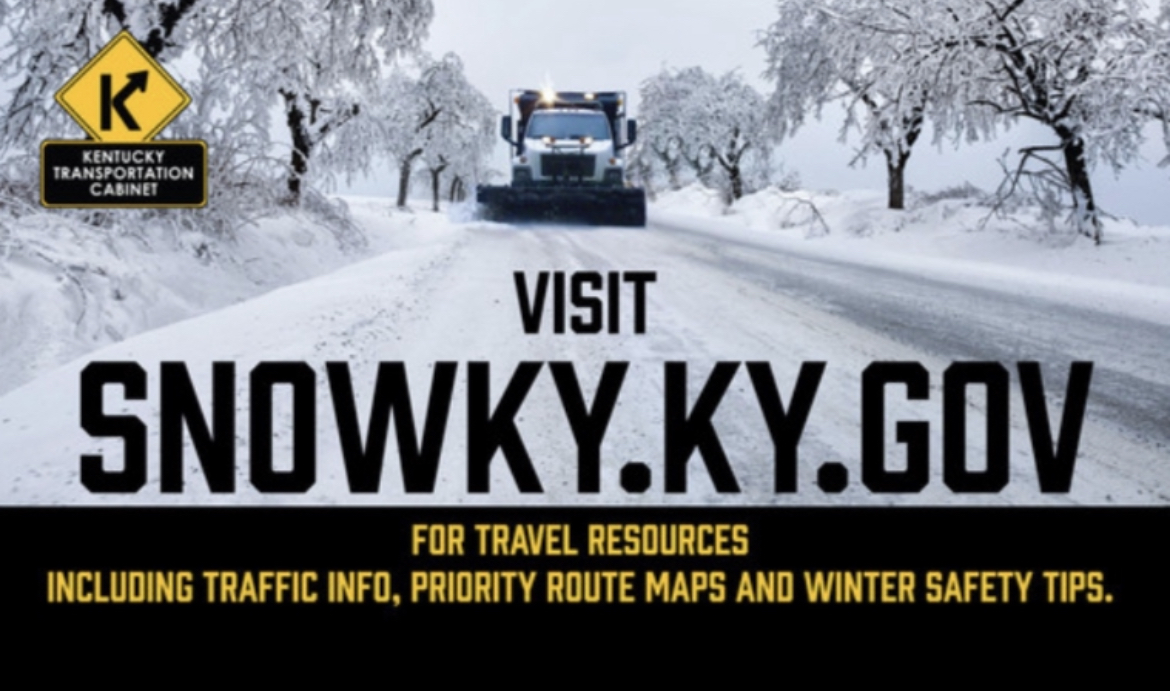 FRANKFORT, Ky. (Jan. 19, 2021) – Kentucky Transportation Cabinet (KYTC) snow fighters are readying to clear roads and bridges from the second winter storm in less than a week.

The National Weather Service in Louisville says light rain this afternoon would turn to snow this evening, continuing into the night before tapering off toward morning. The new storm doesn’t pack the volume of snow experienced in the last two weeks – 2 to 3 inches in the Bluegrass Region and 1 to 2 inches elsewhere. But temperatures falling from the 40s into the low 20s by morning could cause icing with a snow cover on untreated roadways.

“Public safety is our top priority,” Gov. Andy Beshear said. “Stay in if you can, and if you must venture out, exercise extreme caution.”

“When temperatures drop below freezing in a short time, roadways already wet from melting snow can become icy,” KYTC Secretary Jim Gray said. “Our snow and ice crews will be focused on keeping roadways and overpasses passable, especially for the Thursday morning commute. But the best way to stay safe still is to forego nonessential travel.”

For those who must travel, be mindful of changing road conditions and drive carefully. Reduce speed, keep safe distances between vehicles and give snowplows plenty of space. Monitor traffic conditions at GoKY.ky.gov online or use Waze.