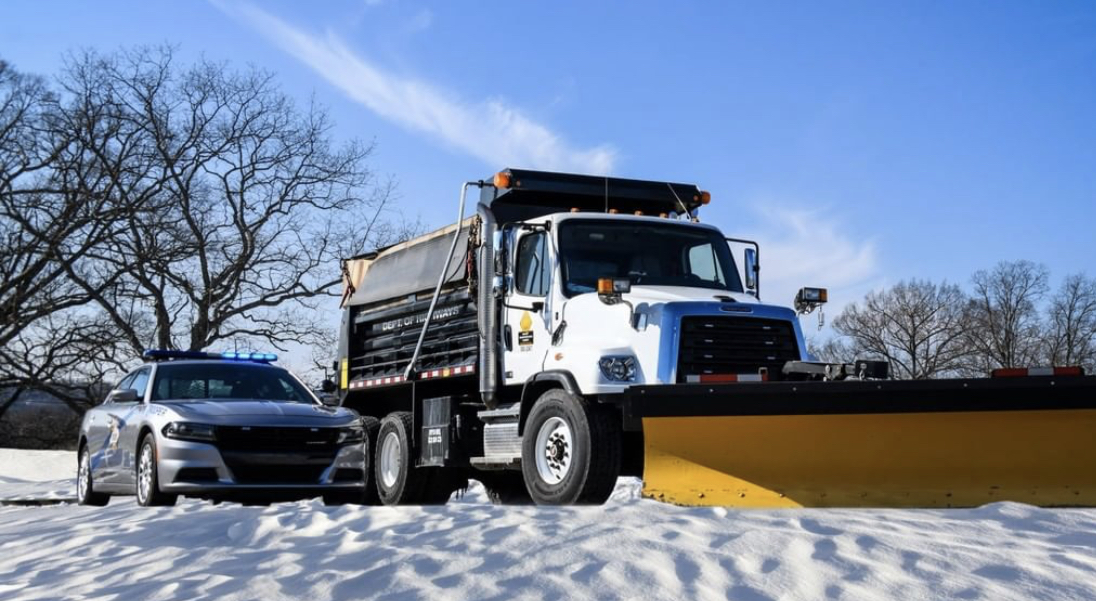 The commonwealth is in the path of a 2,000-mile-long storm front that stretches from Texas to Maine. The National Weather Service warned of “difficult to impossible travel conditions Thursday into Friday morning.”

“Roadways will be dangerous and temperatures will be very low,” Gov. Beshear said.

“Our highway crews will do everything possible to keep roadways passable, but we advise everyone who can do so to stay off the road,” Secretary Gray said.

As the storm moved eastward, leaving ice-covered trees in its wake, KYTC crews, who are equipped with chainsaws, encountered downed trees in Caldwell, Christian, Hopkins and Webster counties. The Kentucky Division of Forestry sent a chainsaw crew to support tree clearing in Caldwell County.

Partnership of the public: Help us serve you this winter season by doing the following four things: