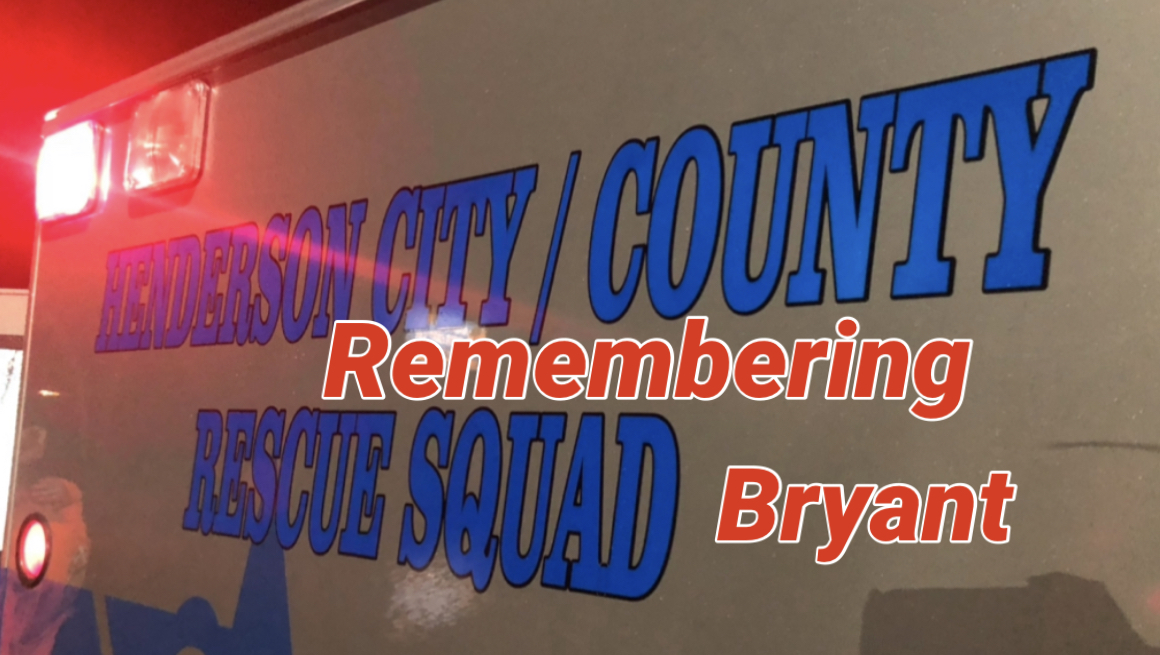 HENDERSON, KY 5/25/21- As emergency responders with the Henderson City/ County Rescue Squad mourn the loss of their great friend and chief of 30 years, they gathered at the station Monday evening to scroll through old photos, tell stories and laugh about the good times spent with Bryant.

Bryant had been in ICU for more than a week battling bronchitis and COVID. According to the Rescue Squad’s FB page, he had his up and down days and they continued asking for prayers. Sadly, Bryant Lee Woodard, 57 of Henderson, passed away Sunday morning at Deaconess Henderson Hospital due to complications with bronchitis and coronavirus.

“Woodard was a man that loved his family, his God, and his Rescue Squad. He was a mentor to so many, not just in Henderson County. He will greatly be missed by everyone at the Rescue Squad.”

Fellow members of the Rescue Squad say Bryant worked at Century Aluminum in Robards as a billet operator for 19 years but that his passion was first his family, then always helping others in need. Bryant volunteered in many different aspects of the Henderson emergency services world. He joined the Rescue Squad in 1989 and has since held the positions of Medical Officer, Safety Officer, Captain, Assistant Chief, Treasurer, and Vice President eventually working his way to Chief. Bryant has been the Chief of the Henderson City/County Rescue Squad for the last 23 years.

Bryant was well known for writing and receiving the grant that provided Henderson County with ‘Project Lifesaver’. This project was a passion of his which enabled emergency responders to place tracking devices on individuals with cognitive medical conditions who are inclined to wander off, unknown as to where they are or what they are doing. Coghill says, thanks to these devices, one man with Alzheimer’s was located after he wandered off from his home back in 2010.

“His word was always good and his thoughts were always with the people in the community. Bryant always done what was right for those people. Anytime he had an idea, he had already put thought into it and he had the answer. Some people have their own agendas, his agenda was whatever the community needed or whatever was best for the community.”

But, of all the roles and positions Bryant held, husband was his pride and joy. He is survived by his wife of 25 years Michelle Pierce Woodard and two children, his daughter Lauren Woodard and his son Jarrod Woodard.

“Bryant had a great sense of humor, a personality that would make you smile every time he spoke to you. Bryant was always willing to lend a helping hand at any hour, to any person or department in this County. The Rescue Squad helps the volunteer fire departments in many ways and he helped us accomplish many things at Spottsville.”

According to his obituary, relatives and friends are invited to Bryant’s Life Celebration from 4:00 until 8:00 p.m. on Friday and again on Saturday from 9:00 a.m. until the service time at Benton-Glunt & Tapp Funeral Home in Henderson, KY. The funeral service will be held at 11:00 a.m. on Saturday, May 29, 2021 at the funeral home with Reverend Nathan Whisnant officiating. Burial will follow in Roselawn Memorial Gardens in Henderson, KY.

Masks are required prior to entry with limited seating per Covid-19 regulations.

Expressions of sympathy may take the form of contributions to the Henderson County Rescue Squad, PO Box 804, Henderson, KY, 42419.

Arrangements entrusted to Benton-Glunt & Tapp Funeral Home, A Life Celebration® Home, online condolences may be made at www.bentongluntandtappfuneralhome.com