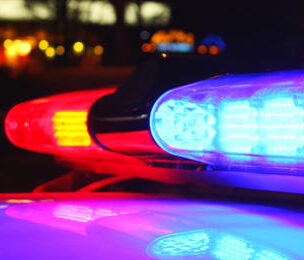 Henderson, Ky 1/31/21– Just before 4am Sunday morning Officers with the Henderson Police Department were called to the 400 Block of South Adams Street in reference to “shots fired” in the area. Investigating officers located numerous shell casings in the area.

According to the report, while officers were canvassing the scene, a resident from the 500 block of South Ingram called 911 to report her house had been struck by gunfire. Officers say the bullet traveled into her home through her bathroom.

Henderson, KY 01/30/21– On Saturday Henderson Police responded to the 900 Block of Kingsway Court in reference to the theft of vehicle registration plate. Theft of a Motor Vehicle Registration Plate is a Class D Felony.

Henderson, KY 1/30/21– Officers were able to locate Donaven Hatton in the 800 block of Meadow Street where he was arrested on a complaint warrant for Strangulation 1st Degree and Terroristic Threatening 3rd Degree, as well as 3 Bench Warrants out of Henderson County.

Henderson, Ky 01/29/21– On Friday, HPD officers were called to South Holloway Street in reference to a forged check report. According to police, an unknown suspect forged Ashely Scott’s signature on a missing check. The check, made out to a “Nathan Nguyen” was cashed in the amount of $475.00.

At this time, investigating officers say there is no evidence of Mr. Nguyen’s involvement.

Police are asking if anyone has any information regarding any of these incidents, please call the Henderson Police Department at 270-831-1295 or CrimeStopper at 270-831-1111.