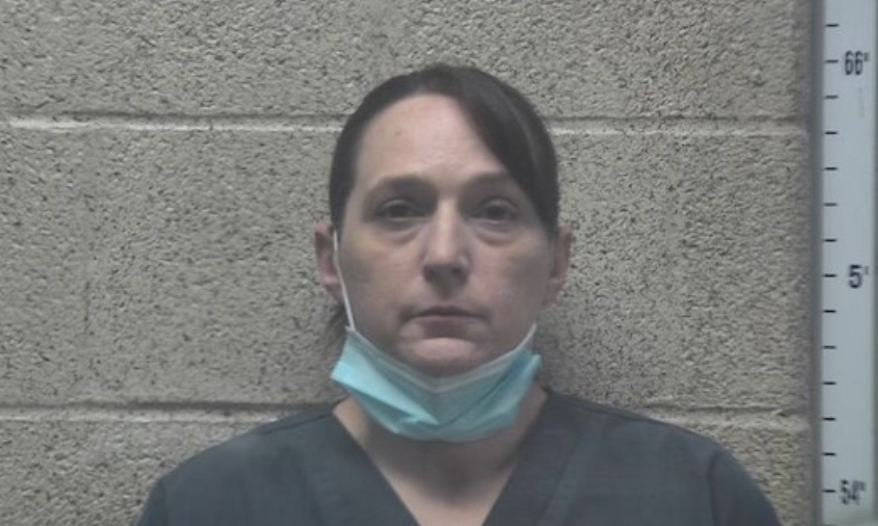 Henderson , Ky 3/7/22- An employee of a company contracted to provide medical care within the Henderson County Detention Center allegedly accused of bringing narcotics into the jail and giving them to two inmates.

On Monday, a Pennyrile Narcotics Task Force (PNTF) Detective conducted an investigation with the Henderson County Detention Center (HCDC) Investigators involving illegal drugs being brought into the facility and given to inmates. Detectives received information that an employee of Quality Correctional Care medical staff, identified as Lindsey Bradley, 41 of Sebree, was observed bringing in suspected Suboxone (Schedule II Narcotic) and giving them to two inmates. Bradley is an EMT for the company who provides medical care to inmates.

According to detectives, the two inmates were identified as David Carter, 25 of Henderson and Brandon Bethel, 39 of Greenville. The report says EMT Lindsey Bradley allegedly gave the Suboxone to the two inmates the night of March 3rd. Bethel was later drug tested and tested positive for Suboxone.

On Monday, during the two week investigation, detectives and jail investigators conducted an interview with Bradley at the HCDC and located numerous unpackaged and packaged pills in Bradley’s possession. Detectives located an orange capsule which was identified as a controlled substance (Schedule II Amphetamine) along with a black Taser she was carrying inside the facility. Both of these items are considered contraband inside the Henderson Jail.

Detectives arrested Lindsey Bradley and she was lodged at the HCDC on charges of:

IN OTHER HENDERSON NEWS….

Henderson KY 3/9/21- Just after midnight into Wednesday morning, the Henderson Police Department were called to the 6500 block of Adams Lane in reference to the report of suspicious activity.

Officers report locating a Raymond Mack, 39 of Henderson. Henderson 911 Dispatch then advised officers Mack currently had active arrest warrants. Officers then placed Mack under arrest and during the search to arrest, Officers located a small plastic bag of a white crystal-like substance which appeared to be Methamphetamine. Officers were also able to locate a clear glass drug pipe with burnt residue inside which was found on Mack.

Raymond was transported and lodged at the Henderson County Detention Center on charges for: