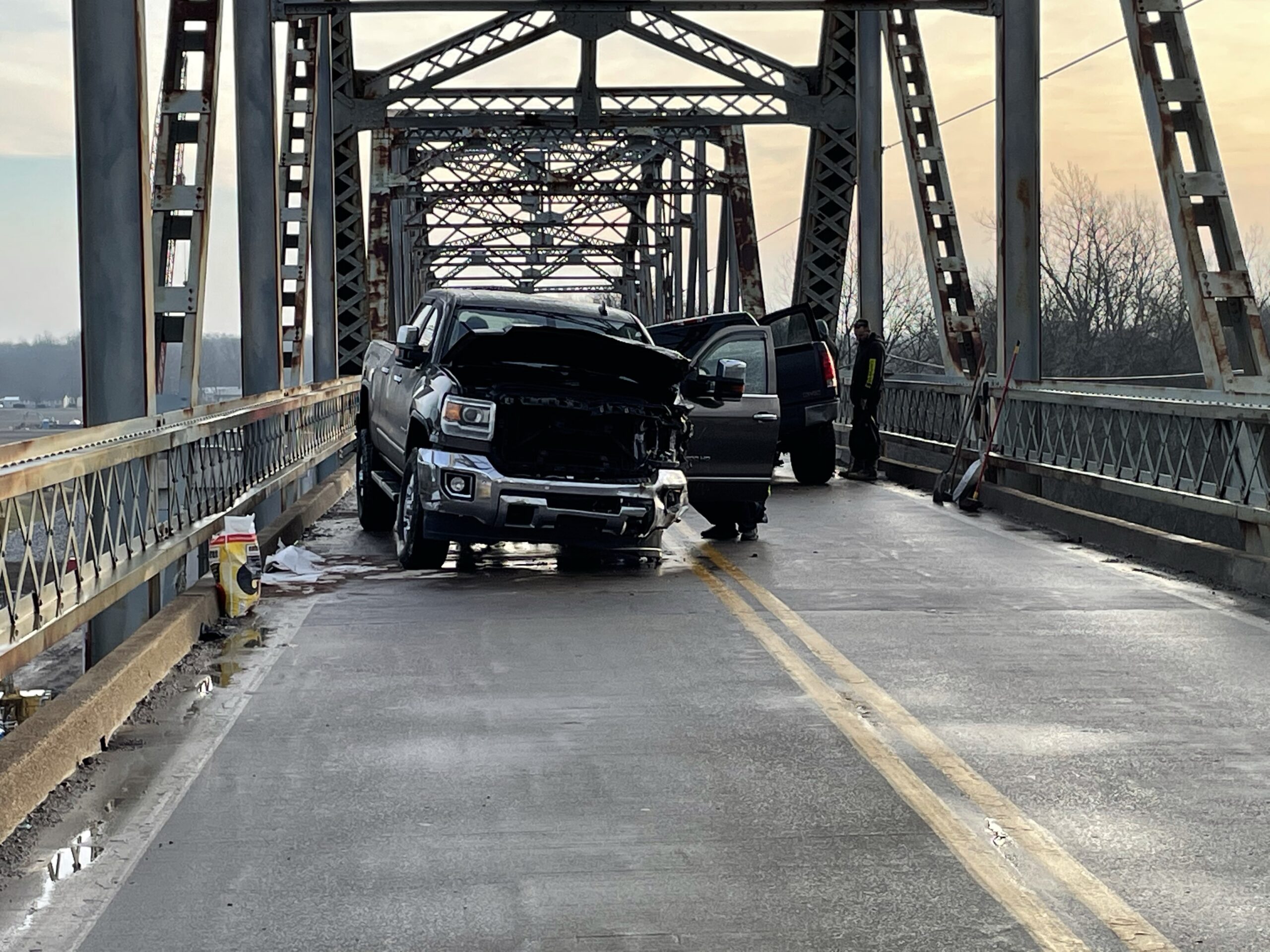 Spottsville, Ky 01/21/21– Emergency crews were called to the Spottsville Bridge on US HWY 60 East just before 7am this morning for a collision which shut the bridge traffic down for more than an hour.

Spottsville Fire Chief Nick Risley says no injuries resulted from this accident but that the occupants were very fortunate. “With the impact both vehicles sustained, the occupants of the trucks could have been injured pretty bad.”

No names were available at this time. The Henderson Sheriff’s Office is investigating the accident.