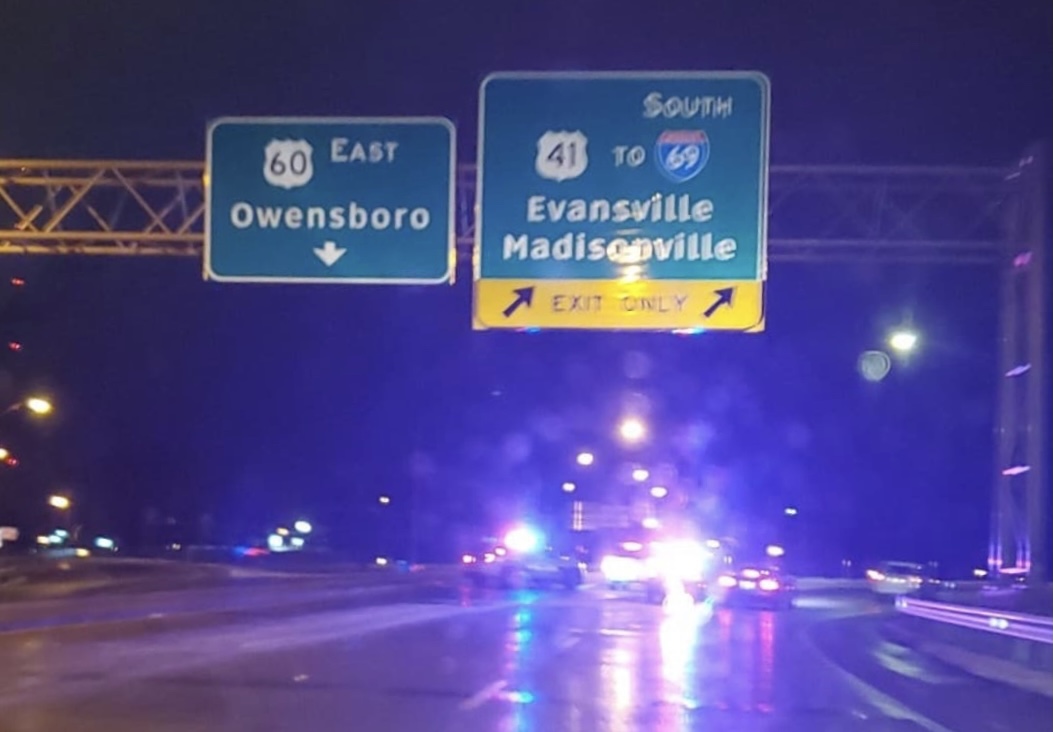 Henderson, Ky 01/27/21– Henderson Police Department responded to multiple accidents near and around the cloverleaf which connects Interstate 69/ Hwy 41 to US 60/ Green St. Officers quickly shutdown the overpass portion of the roadway due to slick conditions on the roadway.

According to Henderson 911 Dispatch, Officers shut the roadway down while they waited for State Highway (KYTC) to come to the scene and re-salt the overpass. The roadway was closed for approximately 45 minutes while officers and wreckers worked to clear the roadways and to allow salt trucks to cover the roadway.

Officers could be seen blocking the roadway at Barrett Blvd/ 60 and on the Green St side of the overpass rerouting traffic. None of the accidents reported any injuries.

Dispatch says that officers opened roadway back up just after 10pm.